In 2010 and for several years that followed, smartphones weren’t so expensive. But it was also in the same decade that flagship phones first crossed the $1000 mark. And the uptrend doesn’t seem set to stop anytime soon.

So, sure, flagship phones are getting expensive, but why is that so? Are companies simply overcharging, or are there valid reasons behind this trend? Here are seven key reasons why premium phones are damn expensive.

1. Flagship Phones Are Getting More Feature-Rich and Powerful

It’s no secret that phones are getting more powerful by the year. And in the high-end market, consumer expectations are sky-high. Companies have to keep up by including more and more features to ensure consumers are satisfied. The point of flagship phones lies in the features.

They include bigger and better displays with newer display technology like LTPO, better multi-camera setups, more memory, and more storage, to name a few. All of these features come at a cost. Companies can only keep up by investing more in research and development. Ultimately, that investment has to be scooped back, and the only way is to pass it to the consumer.

Although phones becoming powerful might seem reason enough to justify the sky-high prices, inflation plays a part too. Inflation affects every product across industries, so smartphones are not the only inflation-adhesive products. The Federal government in the US publishes annual inflation rates each year, which directly measures how the cost of goods has changed over the past year.

Let’s use an example to illustrate this point. Take the $649 iPhone 6 launched in 2014 as an example. According to the US Inflation Calculator, that price today, adjusted for inflation, is equivalent to $793 due to a cumulative inflation rate of 22.1%.

The $699 iPhone 11 would cost you $790 in 2022, with a cumulative inflation rate of 13.1% applied. So the dollar is becoming less valuable by the day, resulting in price increments. With inflation, you’ll have to pay more to buy the same amount of goods you were able to buy a year or two ago. Consequently, smartphone companies need to ensure that inflation is well taken care of to shield their business from losses.

3. The Cost of Smartphone Components Is Rising

The cost of smartphone parts, referred to as the bill of materials (BOM), is also increasing steadily. Counterpoint Research’s Component Research team claims that the iPhone 12’s materials cost nearly $415, 21% more than its predecessor, the iPhone 11. Apple’s switch to an OLED display resulted in a $23 increase, and 5G support added another $34.

According to the report, even the price of Apple’s self-designed components increased and made up over 16.7% of the overall cost. It’s not just for Apple, though. That trend is identical across the industry, especially in the high-end segment, where companies must include newer exciting features to keep up with consumer expectations and competition.

And as parts become expensive, companies can’t stomach these costs. Someone has to pay for it, and that’s you.

In addition to rising BOM, flagship phones are becoming expensive to manufacture. That fancy new design to make your device as small as possible and with as many features isn’t cheaper to make compared to older smartphone designs from the early days. And as we’ve seen in the high-end market, designs are constantly changing.

Bezels are becoming slimmer, more features are being added, and these are factors that lead to rising prices. The reason why cheap phones are getting good is that companies are not being innovative in lower segments. They can subsidize prices by simply reusing old designs and manufacturing processes that already have become more efficient hence cutting costs.

A good example is Apple and its iPhone SE. One of the reasons the iPhone SE is cheap is that Apple reuses the old iPhone 8 design and only replaces the processor and a few other key components.

Smartphones don’t just cost a lot to make, but to sell as well. Going back to our iPhone 12 example above, if the iPhone 11’s BOM costs $415, Apple has to add the cost of manufacturing and taxes on top, plus sales-related costs like shipping, advertising, and operational costs.

These add up to the retail price of $699, where everyone involved is seemingly happy, including resellers like Amazon, Walmart, and wireless carriers. Companies have to increase the prices to ensure that all of these costs are well accounted for, and they can also make a profit.

6. People Are Keeping Their Devices Longer

Smartphone sales are decreasing, and one of the major factors is that we are keeping our devices longer than before. According to Strategy Analytics, a well-known research firm, smartphone upgrade cycles have been on an uptrend since 2014. They peaked in 2020 with users keeping their phones for a record high of 43 months, or slightly above three and a half years.

As sales reduce, companies increase prices to stay afloat and maintain profitability. While smartphone sales have been on a downtrend since 2019, according to Statista, revenue has generally been steady. This trend can be explained by one thing; price hikes. Unsurprisingly, global smartphone revenue grew to an all-time high of $448 billion in 2021, a February 2022 Counterpoint Research report revealed, with Apple boasting 44% of the total $196 billion.

If you need a smartphone, there are many options out there. And there’s no shortage of good budget phones. How much you spend on a smartphone depends on your needs. If you’re shopping in the high-end market, many of the features available in this category are not a necessity, and you could live without them.

Buying a premium phone means you are practically paying for luxury for the most part. The real value for money is in the mid-range segment. Besides, marketing tactics for premium smartphones show they are no longer considered merely phones; these are luxury items to own.

Flagships Are Getting Expensive

There are a variety of reasons why premium smartphones are rising in price. Premium phones are becoming as powerful as ever, with loads of new features, to a point where they’ve become luxury items, and companies are spending more to make and sell them.

Inflation plays a part, and people are keeping phones longer than ever, forcing companies to raise prices to maintain and even increase revenue. Sadly, this trend will likely continue for the foreseeable future.


6 Overhyped Features You Don’t Need in Your Smartphone Yet 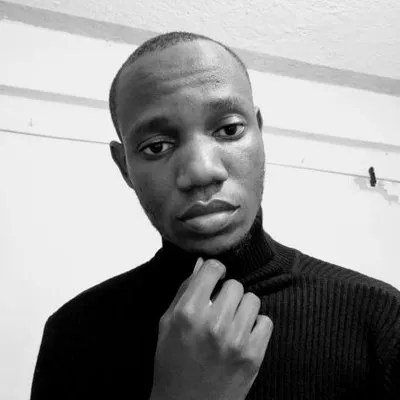 Alvin Wanjala has been writing about technology for over 2 years. He writes about different facets, including but not limited to mobile, PC, and social media. Alvin loves programming and gaming during downtimes.

How to Create a TikTok Video Using a Template