Neo QLED is one of the hottest new display technologies for television sets. Samsung adopted this technology in 2021 for its entire 4K and 8K TV range, promising a big improvement in picture quality over the previous generation of QLEDs.

When it comes to buying a new TV, there are a lot of confusing acronyms and jargon, creating confusion for buyers. Hence, we need to explain Samsung’s Neo QLED technology and pit it against more popular options like QLED and OLED.

Here, we’ll discuss everything you need to know about Neo QLED TVs so that you can make an informed decision.

What Is Neo QLED?

Neo QLED is an improvement over the existing QLED displays based on Samsung’s quantum dot technology. The biggest difference between Neo QLED and QLED is that the latter uses traditional LED backlighting, whereas Neo QLED uses mini-LED backlighting. As the name suggests, mini-LEDs are much smaller than conventional LEDs, meaning you can fit more of them and group them into several dimming zones.

With more LEDs and dimming zones, Neo QLED light control can be subtle and precise, resulting in a better contrast ratio across the board. You don’t get nearly as much of a halo effect around a bright object in a dark background, an issue that still plagues the LCD technology to this day. Besides the backlighting technique, Neo QLED panels are still LCDs with quantum-dot technology.

Neo QLED vs. OLED: The Differences

For years, we’ve compared OLED and QLED displays with no clear winner between the two. With these new Neo QLED TVs, it gets even harder since the technology further bridges the gap between LCD and OLED.

Let’s start with the main selling point of Neo QLED TVs. With mini-LED backlighting, you now get a higher contrast ratio on Samsung’s 2021 and 2022 range of QLED televisions. For example, when you watch content with black bars, the blacks will actually be closer to true blacks with minimal haloing around the content displayed on the screen.

On the other hand, OLED displays don’t rely on any backlighting, and the individual pixels can turn on or off by themselves. Since an OLED pixel doesn’t emit any light in its off state, you get an infinite contrast ratio, and blacks are actually true blacks. This is an area that OLEDs have dominated ever since their introduction.

Is Neo QLED Better than OLED?

The short answer to this question is No.

The long answer is that it depends on what you expect from your TV. Yes, the new Neo QLED TVs deliver much better black levels than the previous QLED models, but it’s still not as good as the true blacks you get on an OLED display. However, the difference between the two is now closer than ever before, thanks to mini-LED backlighting.

Don’t forget that OLED TVs have their own downsides too. For instance, Neo QLED and QLED displays are unmatched when it comes to brightness levels, with peak brightness touching 2,000 nits. Conventional OLED displays can only manage a measly 700 nits peak brightness, in comparison. So, if you plan to use your next TV in a bright room, Neo QLED would be an ideal choice.

However, it’s worth pointing out that Samsung has addressed the brightness limitation of OLED displays with its own new QD-OLED technology. These new panels are capable of peak brightness levels of up to 1,500 nits, which is comparable to QLEDs, while still delivering the true blacks of traditional OLED displays.

OLED TVs are also susceptible to screen burn-in no matter how much the manufacturer tries to downplay the issue. This has been the main negative of OLED technology ever since the first OLED displays came out. Therefore, if you intend to stick with your TV for years, an OLED model may not be worth buying as Neo QLED will last better in the long run.

Which Neo QLED TVs Are Available?

Currently, Samsung’s 2022 Neo QLED lineup includes five 4K and four 8K TV models, starting from as low as $1,199. In addition, they all come in different screen sizes, starting from 43 inches and going all the way up to 85 inches. But, be prepared to shell out thousands if you want the larger models. For instance, the 85-inch QN900B 8K TV will set you back at $8,499.

The flagship 8K models that cost a premium include the QN900B, QN800B, and QN700B Neo QLED TVs. But do remember that the availability of these models is subject to region. For example, you won’t find the QN700B in the United States. All these TVs cost upwards of $3000 depending on the screen size you select.

If you’re interested in the more mainstream 4K models, you can check out the QN95B, QN94B, QN90B, and QN85B Neo QLED TVs. Note that Samsung doesn’t sell the higher-end QN95B and QN94B models in the United States to push 8K TV sales. Pricing for these TVs starts from just $1,199 and goes upwards for higher screen sizes.

Is Samsung the Only Brand Making Neo QLED?

Neo QLED is the fancy word Samsung uses for its mini-LED implementation. So, if we’re going by brand terms, Samsung is the only brand that makes Neo QLED TVs. However, if you want a TV that uses the same mini-LED technology, you have other options as well.

LG uses the term QNED for its mini-LED offerings, and they sit right below its flagship OLED TVs. The QNED models come in 4K and 8K variants, just like Samsung’s Neo QLED lineup. If you’re interested in the 8K variants, you can check out the QNED99 and QNED95 models that cost north of $3000. However, if you’re content with 4K, keep an eye out for the QNED90 and QNED85 TVs that you can get for nearly half the price.

Other brands like TCL and HiSense also sell mini-LED TVs. In fact, TCL was the first brand to come out with a mini-LED TV back in 2019. For instance, you can check out the TCL C825K 4K mini-LED TV with the same quantum dot technology as Samsung.

The mini-LED backlighting takes the LCD screen’s black levels to new heights, but it still falls short compared to OLEDs that can produce true blacks. It’s hard for a backlight to beat a pixel that can turn off and emit no light at all. However, the upcoming MicroLED TVs should rival the picture quality of OLEDs since they don’t need a separate backlight either.

For now, if you want a TV with the brightness of QLEDs and the black levels of OLEDs, Samsung’s new QD-OLED TVs might be worth considering. But remember that you’ll be paying a premium for these panels since the technology is brand new. And as for MicroLED displays, don’t expect them to reach the mass market anytime soon.

7 Features to Consider Before Buying an OLED TV 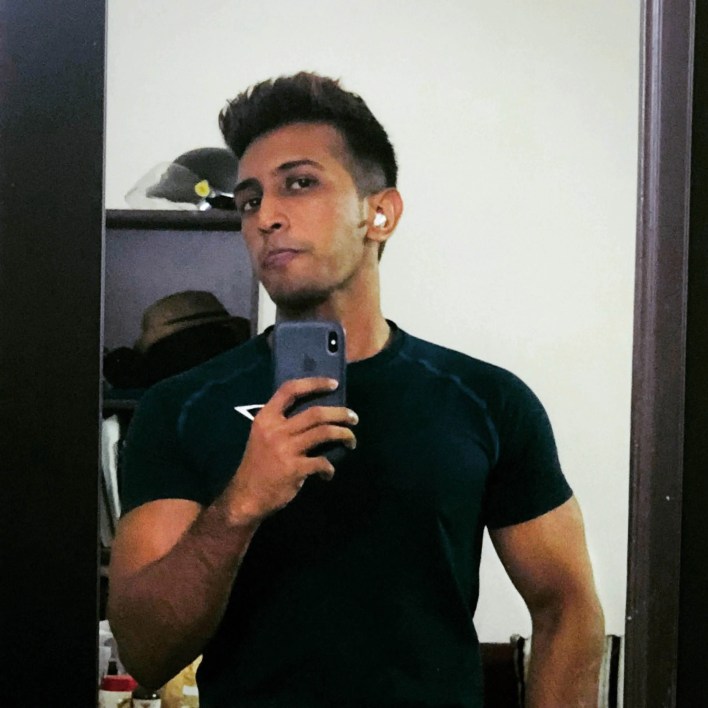 Hamlin is a Floating Editor for MUO who has been in the tech field for nearly five years. Since 2017, his work has appeared on OSXDaily, Beebom, FoneHow, and more. In his free time, he’s either working out at the gym or making moves in the crypto space.

5 Reasons Why Mobile Gaming Is the Future

What You Must Know About Rooting Your Amazon Kindle Fire