Apple TV+ looks to add a new heavy hitter to its growing list of TV programming with The Essex Serpent. An adaptation of the novel by Sarah Perry, this historical drama brings the acclaimed novel to life and promises an intriguing tale of small-town mysteries and forbidden romances. The story follows Cora Seaborne (Claire Danes) as she moves past her abusive husband’s death and looks to forge her own path by moving to a small village and researching the local legend of a serpent in the waters of the town.

The novel was a major success when it was first published in 2016. Strong word-of-mouth spread about the engaging story and detailed world, and it quickly became a bestseller. The television adaptation is a British gothic period drama directed by Clio Barnard (The Arbor) and written by Anna Symon (Deep Water). It’s set to premiere on Apple TV+ with its first two episodes on May 13, 2022. The following four episodes will release weekly with the finale going live on June 10.

One aspect of the novel that received consistent praise was its list of compelling characters and the complicated relationships that form between them. The TV production needed to bring some major talent to the screen to fully capture the chemistry that unfolded in the book’s pages, and they did not disappoint. The cast of The Essex Serpent is anchored by two powerhouse performers and a collection of new and familiar faces to create what promises to be a huge attraction for Apple TV+. Here’s everything you need to know about everyone on the main cast of Apple TV+’s The Essex Serpent.

The Essex Serpent focuses on Cora Seaborne, played by TV veteran Claire Danes. Seaborne is a recent widow who moves from London to a small village in Essex. She becomes fascinated by a mythical creature supposedly lurking in the town, but when mysterious events begin to occur, the townspeople accuse her of bringing the creature with her.

Danes is a certified TV megastar with her two-time Emmy-winning performance as Carrie Mathison in Homeland and her acclaimed role as Angela Chase in the short-lived My So-Called Life. She gained further awards and recognition for her outstanding performance in Temple Grandin. Originally, Keira Knightley was cast into the role of Seaborne, but she chose to leave the project, which opened the door for Danes to take on her next big series role.

The cast of The Essex Serpent has another heavyweight leading the way in the form of Tom Hiddleston as the town’s local pastor, Will Ransome. He and Seaborne strike up a friendship based on science and skepticism, but the married man of God is caught between newfound feelings of love and the town he serves, who turn on the newly-arrived Seaborne.

Hiddleston is a certified movie star best known for his work as Loki in the Marvel Cinematic Universe, plus leading roles in Kong: Skull Island and Crimson Peak. The Essex Serpent isn’t the first time Hiddleston has taken on the lead role of a television show that’s not as the God of Mischief. He previously received an Emmy nomination for his performance in the miniseries, The Night Manager.

Aside from the two lead actors, The Essex Serpent brings a lot of fresh talent to the forefront as well. Frank Dillane plays Luke Garrett, a headstrong and ambitious young surgeon and intellectual match to Cora. Dillane is best known for his role as Nick Clark in four seasons of Fear the Walking Dead, but he’s also had roles in films such as In the Heart of the Sea and Harry Potter and the Half-Blood Prince. The Essex Serpent is Dillane’s first major role since his time on Fear the Walking Dead came to an end, and it looks like he might be set to deliver his most memorable performance yet.

Hayley Squires will portray Martha in The Essex Serpent. She’s a highly intelligent and fiery young socialist, and Cora’s closest confidante and companion in her move to Essex. Squires has made a name for herself in an extensive career of British film and television roles. She’s best known for her performance in the film I, Daniel Blake, for which she received numerous awards and nominations on the independent film circuit. The Essex Serpent could be her chance to break out to American audiences and further establish herself as a performer.

Clémence Poésy joins the cast as Stella Ransome, Will’s wife who is friendly, sympathetic, and adored by her husband and children. She becomes a firm friend of Cora’s when she arrives in the village, but the friendship is threatened by Will’s conflicted feelings for Cora. Poésy is most recognized for her role as Fleur Delacour in the Harry Potter franchise, but she has developed an impressive CV in film and TV with performances in Tenet, In Bruges, and a starring role in the popular British-French crime drama, The Tunnel.

The Essex Serpent is also ripe with fresh talent. Jamael Westman is George Spencer, Luke’s right-hand man and an exceptional surgeon in his own right who desperately tries to win Martha’s affections. Westman has been honing his performance chops by playing Alexander Hamilton in the current West End production of Hamilton, the same role made famous by Lin-Manuel Miranda. He has a small list of film and TV roles, but The Essex Serpent will be Westman’s introduction to most TV viewers.

Another experienced performer joins the cast of The Essex Serpent with Michael Jibson playing Matthew Evansford, a zealot-like figure in town who encourages everyone to say their prayers as the town seemingly falls prey to the mysterious creature. Jibson has an extensive list of credits across film, television, and theater with roles in Last Night in Soho, Star Wars: The Last Jedi, and Beauty and the Beast. His face has popped up on our screens many times across nearly two decades of character work, and The Essex Serpent will likely allow Jibson to make an even bigger impression on audiences tuning in. 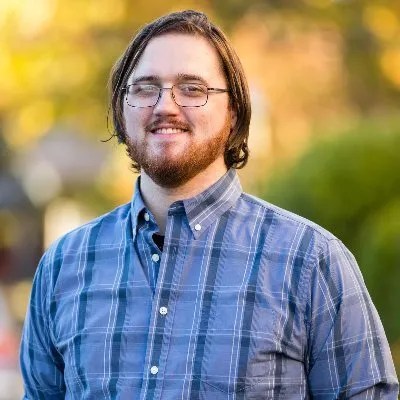 Hello! I’m Alex Falls and I am Feature Writer for Collider. I’m a graduate of the Journalism program at Virginia Commonwealth University, and I am a major film buff. I’ve written two screenplays, one pilot, and many film reviews on my WordPress site. I love writing about movies and helping people see what they watch in new ways.