Recent years have shown us how unsecure our smartphones can be. They pose a risk if we misplace them, as all our confidential data is stored on the device, but they also represent an enormous privacy risk.

Google and Apple monitor a lot of what you do on your smartphone, and then manufacturers will add their own invasive software into the mix. The situation can seem bleak for the privacy enthusiast.

Fortunately, you do have options if you’re after the most private phone. Let’s take a look at the top choices.

Choosing the Most Secure Phone

Before diving into the recommendations, it’s important to note the unique considerations of choosing a phone for privacy. The smartphone experience is based on data collection and personalization.

First-party apps like Google Photos or Apple Maps, and third-party options like Instagram and WhatsApp, rely on capturing your personal information. However, they are also integral to the way we’ve come to use our phones.

Opting for a privacy-focused smartphone will mean that you lose out on some of these features and services. Of course, you may be able to work around these app-based restrictions. However, this also applies to the operating system as a whole.

Generally, privacy-friendly smartphones are less intuitive and more complicated thanks to the inclusion of encrypted software, fewer social platforms, and a lack of personalization.

This doesn’t mean that they are unusable, though. But you need to be aware of the significant differences between a regular iPhone or Android device and a secure smartphone with a different OS going into your purchase.

Purism, a social purpose corporation, has been producing privacy-friendly Linux-based laptops and computers since 2014. The Purism Librem 5 is the company’s first smartphone and was designed with keeping your privacy in mind. The device was launched as a crowd-funded project in 2017, with the first batch of phones shipping in late 2019. From the entire list of smartphones that don’t track you, the Librem 5 is the best option.

The phone runs PureOS, Purism’s privacy-focused Linux operating system which is not based on Android nor iOS. As such, the software is open-source and comes with free and open-source software (FOSS) pre-installed. It is important to note that the Purism Mibrem 5 does not force you to use their operating system (OS) as it lets you install a compatible GNU/Linux OS as an alternative. As a result, there is no access to the Google Play Store or other mainstream app stores.

The default web-browser, Pure Browser, is a modified version of Firefox with DuckDuckGo as the default search engine.

Crucially, the phone also has three hardware-based kill switches that can shut down all network connectivity, including GPS. These are located for the microphone, Wi-Fi and bluetooth, cameras, and cellular baseband. As for the remaining hardware, the Librem 5 has a 4,500mAh removable battery, a 13MP primary camera, and 32GB of onboard storage, expandable up to 2TB via microSD.

Purism has committed to continuous updates for the Librem 5. This is in stark contrast to Google and Apple, who typically only support a phone for two or three years. The phone charges via USB-C, and supports wireless Bluetooth connectivity.

On paper, the Librem 5 makes a convincing case as the best phone for privacy. However, before you hand over your cash, take a look at our review of the Purism Librem 5. The trade-off between privacy and usability is evident here, and the phone has some notable flaws. However, if your primary goal is improved smartphone privacy, then the Librem 5 is still a good option.

Any phone that has Android as its OS is classified as a very secure phone overall. This is not only due to the architecture of the OS itself but also due to the numerous security updates Android releases. Some of these patches can even happen monthly, which guarantees your phone to be updated all the time.

Google created a multi-layered approach to security for Pixel models. This means the Pixel 6 is equipped with Tensor System on a Chip (SoC) and TrustZone technology, which will store your sensitive data in a specifically designated secure area of the phone.

As for the Pixel 6’s specific new general security features, it includes anti-phishing protection and a built-in protection that regularly and automatically scans for potential threats from phone calls, text messages, emails, and links sent through apps. The Pixel 6 will then automatically notify you if it thinks the message, phone call, or notification is perceived as a scan.

Additionally, Google has confirmed that the Pixel 6 will get three years of major general updates (it will theoretically receive Android 15) and five years of security updates to keep up to date with all the latest threats.

The Pine64 PinePhone Pro is a Linux-based alternative to the Purism Librem 5. However, the PinePhone Pro isn’t specially adapted for increased security and privacy. Instead, its strength comes from the fact that the phone runs an open-source operating system and relies solely on open-source software.

The PinePhone is designed to run a variety of Linux operating systems. There are pre-configured variants of the phone available like the PinePhone Beta Edition, which runs a mobile edition of Plasma, available to buy directly from Pine64. However, once you’ve got the physical device in your hands, you can install any of the 20 currently supported operating systems.

The PinePhone Pro uses the Allwinner A64 quad-core system-on-a-chip (SoC), has 4GB of RAM, and 128GB eMMC flash storage. It is powered by a Samsung J7 form-factor 3000mAh, which can be recharged via USB-C. There is a 13MP primary camera and a 5MP selfie camera too.

There are privacy hardware DIP-switches, hidden under a rear cover to cut access to both cameras, the microphone, the LTE modem and GPS, Bluetooth and Wi-Fi, and headphone jack. The phone is easily repairable—the components are conveniently accessible with just a screwdriver—and will have a production lifespan of five years.

The smartphones we’ve listed so far are not mainstream options and many of them appeal only to a small subset of users. However, not everyone has the time or resources to invest in these options. As a result, it is worth considering a readily available option too.

In a move that some people may find controversial, our final choice for the most secure and private phone available today is the Apple iPhone 13. Although you may question whether Apple is truly a privacy-friendly company, these devices are regarded as more private than Android smartphones.

The main reason for this is the difference in the business model between Apple and Google. Apple devices are, on the whole, quite expensive and tend to encourage vendor lock-in. So, once you have an iPhone, you’ll consider purchasing a MacBook, Apple Watch, AirPods, and so on. In effect, Apple is a hardware business.

On the other hand, Google provides Android (mostly) for free to manufacturers who then produce a wide variety of smartphones. It recoups its investment by capturing your personal data. This data is used to inform the ads you see across the apps you use, the websites you visit, and wherever you are signed in to a Google account.

However, that’s not to say that Apple is perfect for privacy enthusiasts. The company still gathers data about you and your habits, but this is used to customize your experience with Apple products, rather than create an advertisement profile. Much of the data is stored locally on your device rather than synced to the cloud.

The main things to keep in consideration while using an iPhone is Siri and iCloud Photos automatic uploads. If these two are disabled, the iPhone will become fairly private in its dissemination of your information.

The iPhone 13 is the latest smartphone from Apple and runs the most recent edition of its iOS mobile operating system. The device features a 6.1-inch Retina display, is IP68-rated for water and dust resistance, and uses Face ID for biometric authentication.

In the wake of the Edward Snowden leaks in 2013, public interest in privacy grew, eventually leading to a new wave of privacy-focused products. While there are sometimes trade-offs, this is inevitable as the mainstream options rely on data collection to function.

We’ve rounded up some of the most private phones available today, but many of them run Linux operating systems rather than Android or iOS. If you haven’t made the switch to Linux on desktop, there are plenty of great reasons to consider switching from Windows 10 to Ubuntu. 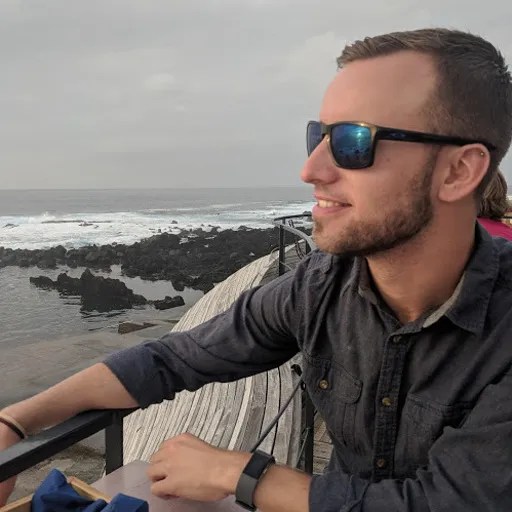 James is an experienced technology journalist and was formerly MakeUseOf’s Buyer’s Guide Editor. His goal is to make tech accessible and safe for everyone. While graduated with a BEng in Mechanical Engineering, he’s also passionate about mental health, sustainability, and music.

Is Messenger Kids Safe for Your Children?

How to Use WhatsApp Status: 10 Things You Need to Know