Rajkummar Rao and Janhvi Kapoor have started filming for Mr and Mrs Mahi. The cricket-themed film is directed by Sharan Sharma (Gunjan Saxena: The Kargil Girl). It is produced by Dharma Productions.

“The field is set and team #MrAndMrsMahi is all geared up! Day 1 of shoot begins!” the producers tweeted with a picture of the film’s clapperboard. 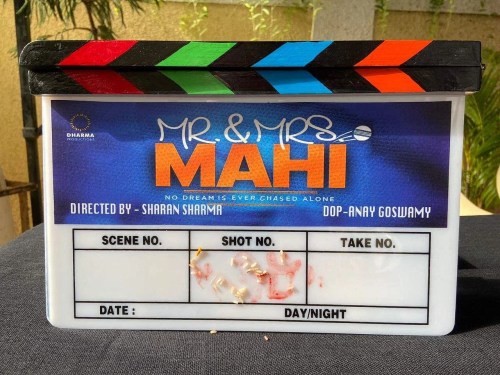 Rajkummar and Janhvi had previously worked together in Roohi (2021). In Mr and Mrs Mahi, they play characters named Mahendra and Mahima, in a story about cricket aspirations. Janhvi had previously shared pictures from the prep, perfecting her ‘cover drive’ in a cricket camp. Indian cricketer Dinesh Kartik was also glimpsed in the pictures.

The tagline of Mr and Mrs Mahi is, “No dream is ever chased alone.” The film is written by Sharan Sharma and Nikhil Mehrotra. It is scheduled for release on October 7 this year.

Public vs. Private Keys in Crypto: What's the Difference?