Over the past couple of decades, the concept of a computer network has evolved dramatically. Today, the internet is one giant, sprawling network connecting people and devices, serving content within seconds.

However, organizations with closed networks need to manage networks properly to avoid congestion. In order to do that, businesses often rely on techniques such as network segmentation or subnetting.

While they seem similar, they are actually quite different. So, what’s the difference between network segmenting and network subnetting?

What Is Network Segmenting?

Network segmenting is how a larger computer network is segmented into smaller networks. This makes it easy for network administrators to manage traffic flow and implement policies for each smaller network instead of overseeing the larger network.

Network segmentation is often used as a tool by network engineers and personnel to improve security and reduce the risk of unauthorized access within the network.

Managing larger networks is difficult and puts strain on network management teams. Breaking down a larger network into smaller units gives security teams the capability to offer unique security controls tailored to protect each subnetwork. This boosts security and also protects against traffic congestion, ultimately improving monitoring and boosting the performance of the network as a whole.

One of the ways to segment a network is to use logical segmentation. This method allows companies to create segments of a larger network using either virtual area local networks or through a network addressing scheme.

This method requires a tagging approach, which directly routes traffic to specific segments based on logic arguments.

Physical segmentation is much simpler as it requires companies to use a physical firewall to control the inflow and outflow of traffic. Since the network topology never changes, this type of segmentation is the easiest to administer.

There are several ways organizations use network segmentation to improve security and boost network performance. Here are some of the most popular ones.

Companies often use network segmentation to create guest networks, allowing contractors, visitors, and anyone else who isn’t a part of the company access to their network without any security risk. They offer guest credentials that people can use to access a segmented network, allowing the company to monitor their usage or create unique security controls specific to the network.

Companies that offer cloud infrastructure such as AWS, Azure, or Google Cloud often take steps to protect their cloud environments. However, the onus is on the customer to ensure the security of the content that they host on the cloud.

Essentially, companies need to secure any customer-facing content presented atop the cloud infrastructure. For instance, if you’ve created a web app that you offer via the subscription model, you need to make sure that you isolate it from your hybrid cloud environment.

By segmenting your network, you can prevent public users from gaining access to your infrastructure or the tech stack created for your platform.

One of the main reasons why network segmentation is so important is that it actively helps protect the network against threats. Reactive security methods are often expensive and lead to major data losses.

By focusing on a proactive method like network segmentation, organizations can protect themselves from major risks and vulnerabilities and ensure business continuity. Network segmentation helps to isolate traffic between segments, in turn allowing for better and more accurate network monitoring while also potentially boosting overall network performance.

While network segmentation is a security measure designed to protect a network from incoming threats, subnetting is commonly used to make networks more efficient. As a network grows and becomes more complex, engineers must look for more efficient traffic routes to prevent bottlenecks.

A subnet is an independent network on a conventional TCP/IP network. By creating subnets, companies can reduce the number of routers that traffic must pass through before reaching its destination. Essentially, by finding the shortest route between two points, network engineers can make traffic flow faster.

Subnetting is done using a computer’s IP address. IP addresses let computer engineers know about the total number of nodes connected to a network. In general, there can be hundreds of devices connected within a network. Each one has an IP address, either a public or private address, that determines traffic flow.

By subnetting, engineers can limit IP address usage to only a limited number of devices. This way, data can travel from one device to another without being routed through other devices or routers, thus shortening the time it takes for two devices to communicate with each other.

To do this, each IP address category must relate to a subnet mask. A subnet mask is used within internal networks to determine parts of an IP address and whether they relate to the host or the network itself.

Network engineers carefully monitor bottlenecks within the network and identify areas for improvement. Through IP subnetting, they can not only control the overall performance of the network but can also manage its growth.

Since broadcast packets from each device don’t have to touch every device on the network until they reach their destination, the network becomes more efficient, and its performance improves dramatically. Subnetting helps improve traffic flow and ensures devices within specific IP classes can communicate with each other, resulting in faster performance.

More importantly, subnetting ensures that devices within each subnet remain within, thus reducing unnecessary network load and routing traffic more efficiently. Without subnetting, each computer on the network will be able to view the broadcast packets on the network, causing greater congestion.

While the two are inherently different, both IP subnetting and network segmentation can help organizations improve network security. Cyber threats are a rising concern, and it’s important for companies to take appropriate steps to protect their networks, not just from malicious actors but from insider threats too.


How to Protect Your Network From Insider Threats 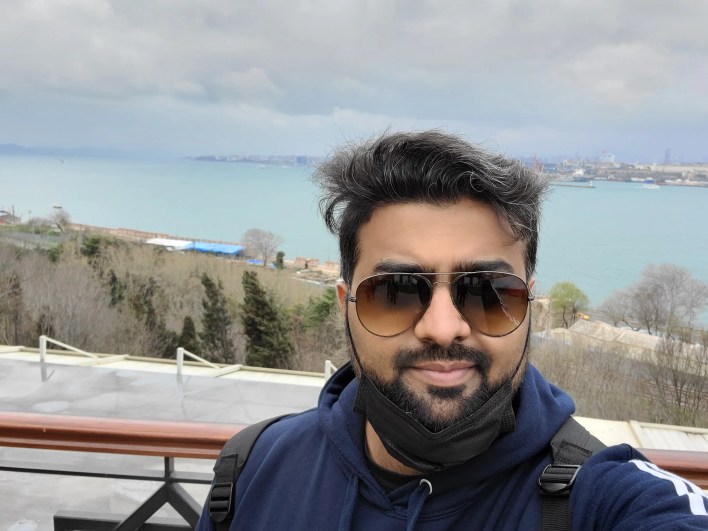 Karim Ahmad is an experienced content marketer and copywriter with a focus on SaaS offerings, startups, digital agencies, and ecommerce businesses. He’s worked closely with founders and digital marketers over the past eight years to produce articles, eBooks, newsletters, and guides. His interests include gaming, traveling, and reading.

The Best Free Windows 7 Themes You Might Want to Try