You can play more Windows games on Linux while suffering through fewer crashes.

The Wine project has released development version 7.8, which arrives with some tweaks to drivers that could make Windows games work better on Linux. The move could ultimately make Linux more attractive to gamers, including on Valve’s Steam Deck.

WINE is a compatibility layer that allows Windows programs to run on Linux and other non-Windows platforms like macOS and BSD-based systems, as well as on the Raspberry Pi. The main focus of the 7.8 release is enhancements to graphics and sound drivers for the system to improve compatibility with Windows software.

The X11 and OSS drivers have been reworked from the standard Linux ELF format to a Portable Executable (PE) format. This means that graphics and sound drivers will work more like Windows drivers that Windows apps will expect. In simpler terms, graphics-and-sound-heavy Windows programs will run more reliably with Wine, especially games.

Another major change is adding WoW64 support for the sound drivers. WoW64 allows 32-bit applications to work with Wine as well. Since there are a lot of older 32-bit games and libraries for Windows, this also improves the compatibility with Windows gaming.

There are also the invariable bug fixes that come with a new release. Wine’s release announcement on its official website shows how the project is focusing on gaming. Several major games, including “Assassin’s Creed IV: Black Flag” and “Guilty Gear #X2: Reload,” have patches that fix crashes and freezes with Wine 7.8.

Because Wine is the basis for Proton, a gaming-focused version of Proton from Valve, the move could enhance Linux gaming. Because the vast majority of PC games are written for Windows, Linux gamers tend to rely on Wine and Proton to play their games.

Wine 7.8 could mean that Valve’s Steam Deck handheld will have a broader library of Windows games that it will play. This in turn could drive adoption of the Steam Deck and Linux gaming more broadly. Steam Deck owners can also install Windows 10 on the device.

While there are more cross-platform game development tools like Unity that make building a Linux version easy, game developers will likely support Windows first because of its installed base. Steam Deck and Linux gamers overall will have a broader library of games to choose from rather than just titles that companies can be bothered to release Linux ports for.

The Wine 7.8 release, when the changes are incorporated into Proton, could ultimately allow the Steam Deck to compete against the Nintendo Switch.

Because a lot of desktop users still need to access Windows apps for work and play, Wine 7.8’s changes make desktop Linux an alternative for those who want to switch from Windows but don’t want to throw away their old software. Wine is easy to install on most Linux systems.

How to Run Windows Apps & Games with Linux Wine 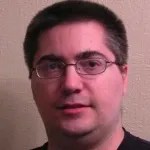