According to Deadline, the latest adaptation of Rodgers & Hammersteins’ Cinderella is in the works as an upcoming limited series with Jennifer Lopez’s Nuyorican Productions, Skydance Television, and Concord Originals in charge of the production. The series is part of a deal to make more original titles for Concord’s library of musicals.

After the success of 1955’s Peter Pan television musical premiere, CBS was looking for their next family-friendly project. Rodgers and Hammerstein’s Cinderella made its premiere in 1957 and is based on the French version of the familiar tale of a mistreated young woman escaping her fate of servitude to her evil stepmother and stepsisters to dance with the prince with the help of her fairy godmother. It was the only Rodgers and Hammerstein musical written for television, which was itself a new and novel idea, and featured a star-studded cast, including Julie Andrews in the title role.

The musical had the hugest audience in the history of television at the time of its release with 60 percent of the U.S. population tuning in to see Andrews become a princess. However, from the critics’ point of view, it was less than magical. It received mixed reviews after its premiere with comments on awkward staging and weird choices of costume. Despite these criticisms, the musical was nominated for three Emmy Awards, including Best Actress in a Leading Performance for Andrews and Best Musical Contribution for Television for Rodgers.

The series is expected to have an original spin on the classic musical, with the story being written by Rachel Shukert (GLOW, The Baby-Sitters Club); Shukert will also serve as executive producer and showrunner. Other executive producers include Lopez with partners Elaine Goldsmith-Thomas and Benny Medina through Nuyorican Productions. Representatives for Skydance are David Ellison, Dana Goldberg, and Bill Bost. Sophia Dilley, Senior Vice President of Development and Production at Concord Originals will also executive produce alongside CEO Scott Pascucci.

Bost spoke about releasing another adaptation of the classic tale and Lopez’s involvement with the series, stating:

The story of Cinderella is as timeless now as ever. This aspirational story of romance, unconventional families, and the surprising power of wishes has inspired audiences around the world for centuries, and we are thrilled to be working with Jennifer, Rachel, Concord, and The Rodgers & Hammerstein Organization to bring our fresh take to the screen.

Dilley also spoke about the project and the partnership between companies, adding:

Rodgers & Hammerstein elevated the already magical story of Cinderella with their iconic music that has attracted legends of screen and stage throughout its many beloved, award-winning iterations over the years. Our partnership with Skydance and Nuyorican on this project is the first step of many towards our collective goal of championing timeless classics for a new generation and Rachel is the perfect voice to expand upon this story in a contemporary way.

With the talented backing and music experience of Lopez, this new and original iteration of Cinderella will carry on the tradition of bringing the musical to life for a generation of viewers. 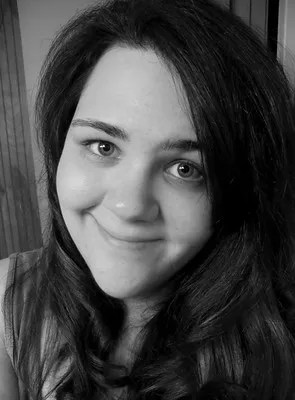 What Is Terra Luna and Why Has Its Priced Crashed?