“Metaverse” has been one of the biggest buzzwords of 2021 and 2022. But you may have noticed that you’re seeing it and hearing it a bit less often as time goes by.

Is the hype around the metaverse dying down? Let’s explore the things that drove interest in the concept and why this interest may (or may not) be dropping off.

A Brief History of the Metaverse Concept

Neal Stephenson’s 1992 science-fiction novel “Snow Crash” introduced the original “metaverse”: a multi-user digital world experienced through virtual reality. The novel was a cult classic but never achieved the immediate market success of Earnest Cline’s 2011 novel “Ready Player One” which had many of the same themes.

In Cline’s world, the VR-based virtual world everyone is a part of is the OASIS. However, “metaverse” never really left us culturally. In fact, MUO’s first article explaining why the real-world metaverse will differ from sci-fi came out in 2014; a good eight years before the word entered most people’s vocabularies at all.

So, we have Stephenson to thank for the word, but he introduced it thirty years before it took over the world. Is there someone else we have to thank? Many credit Mark Zuckerberg using the word repeatedly in the last Facebook Connect when he changed the Facebook company name to Meta.

However, according to Google Trends, “metaverse” as a search term had already started its explosive upward growth before Zuckerberg’s big announcement. In fact, interest peaked in the term and started declining shortly after Meta’s big day.

A critic might suggest that Zuckerberg actually contributed to the decline in interest that we’re going to explore. Many experts on emerging technologies do claim that while Zuckerberg may have brought attention to the idea, his views on the metaverse are both fantastical and reductive.

That, paired with a general mounting distrust of Facebook, may have turned some people off to the whole idea. But what are some other potential factors?

We’ve already seen that searches for “metaverse” have gone down. It’s a fast and cheap argument to suggest that searches going down also mean that interest is going down. It could be a decent proxy in a pinch, but there could also be some more nuanced things going on.

1. The End of the Introduction

When the metaverse was a new term for most of us, there may have been a spike in search volume as people searched the term to see what it meant. As the word stuck around and became more familiar, fewer people needed to check their definitions, so searches drop off.

Further, as more organizations started using the term, people that were interested in metaverse applications didn’t need to search for the metaverse anymore. The word started popping up everywhere, so they didn’t need to look for it because it was already in front of them.

What backs up these theories? If we look at the graph of metaverse searches, we see the while searches have dropped off, they haven’t gone away. After the initial spike there were periods of ups and downs with a general downward trend. But, there has since been a leveling off well above where searches were before the initial spike.

Declining searches in the word “metaverse” may also not mean declining interest in the metaverse as an idea. “Web3” focuses more on blockchain and less on AR/VR but otherwise has a lot of the same core tenants as “metaverse”. Searches for “Web3”, while also seeing their ups-and-downs, have been trending up as searches for “metaverse” have gone down.

Trends like these similarly suggest that the explosion of popularity in the word “metaverse” introduced people to a whole field of technology and that they are now subsequently exploring other corners of it. That’s a very different argument than saying that interest is going away.

Consider a simple analogy. If interest spiked in “cooking” and then started to drop off, but more people were searching for “roasting”, it wouldn’t mean that people were no longer interested in cooking. It would just mean that some of those people had found a more precise term to help them navigate the part of that space that most interested them.

Reasons Why People May Be Losing Interest

But could it be that the search data really does tell the whole story? Maybe people are done with metaverse—or at least they will be soon. We’ve explored reasons to think that this word is here to stay.

1. People Could Be Sick of Hearing About the Metaverse

The metaverse has never really had a fully agreed-upon definition. This has allowed some great discussion about what it can be or should and shouldn’t be. It has also meant that anyone could use the term for basically anything. And they did.

We explored that searches may be going down because searches are no longer required to find the content. This is good if you want the content, but it also may have put people off of the word. We may have just gotten sick of seeing it. This is particularly likely if people view it as just another over-hyped marketing term.

2. The Need for the Metaverse Has Passed

A lot of metaverse applications stress remote everything. This was a huge draw to everyone a during the peak of the COVID-19 pandemic. But as lockdowns ended and more people returned to working and socializing in-person, the need for these virtual spaces declined.

Searches for “COVID” have also been rapidly falling in 2022.

In October 2021, when metaverse searches hit an all-time-high, gathering was still discouraged and travelling was still difficult. While the pandemic continues, measures like vaccines and boosters have contributed to a lot of places opening back up making some remote activities less appealing.

There are still a lot of benefits to remote activities outside of a pandemic situation. However, this is more the case in enterprise, education, and other professional fields. For the average consumer, in-person is better when possible.

Is this the beginning of the end for the metaverse? Probably not.

A lot of terms—particularly tech terms—have early interest spikes followed by what looks like a rapid decline. But they never entirely go away. This seemingly waning interest may really be a sign that this word is just becoming part of our vocabulary. But only time will tell for sure. 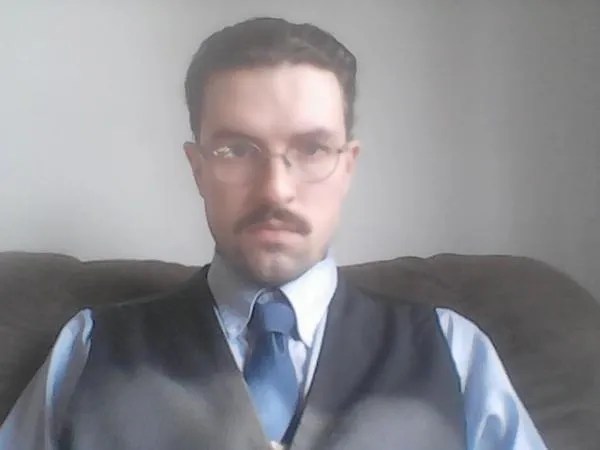 Jon Jaehnig is a freelance writer/editor interested in exponential technologies. Jon has a BS in Scientific and Technical Communication with a minor in Journalism from Michigan Technological University.

How to Install Google Chrome on Android TV