Buying an Android phone can be difficult. Manufacturers use confusing jargon, making it difficult to compare devices.

You might think an octa-core processor is better than a quad-core because eight cores are better than four cores. But that’s not always the case.

In general, the performance of your processor isn’t going to increase just by adding cores. There is a lot more to it. We’ve explained how a processor core works, but it’s important to know that each core is one small part of the overall performance of a processor.

Each core is a processing unit (the “PU” in “CPU”), but more units are better only if the processor and the Android operating system are well optimized by the developers. Think of it this way: if you have eight cooks working on one dish in the kitchen, you need to be able to manage all of them so that you are maximizing efficiency.

Above all, multiple factors dictate the efficiency of those eight cores. It depends on the CPU’s speed, the operating system that can use all of its cores, and the chip’s design and architecture.

However, the biggest culprit is usually the Android operating system. Generally, most apps are developed to use one or two cores at most. Even though, whether you’re using an app or playing a game, the processor still activates all the cores, resulting in frequent battery consumption.

Processor Architecture and ARM vs. Intel

The processor might look like a little square chip, but there’s a lot of complex circuitry. Each processor has elements like the cores, the memory cache, the logic gates, and so on.

You don’t need to know what these do, but if you’re interested, you can find out more about the details of processor design. What you need to know is this: the design of the processor has a large impact on its performance.

By defining how logic gates work, arranging the circuitry between the cache and the cores, and by making several other tweaks, a quad-core processor can be better than an octa-core processor.

There are several chipset developers for Android phones, but there are just two major architectures: ARM and Intel. These two companies have their ideas of how your processor should work for better performance.

Many chipset manufacturers like Qualcomm, Samsung, NVIDIA, and MediaTek use ARM’s reference designs to build processors. However, Intel makes its processors based on its own architecture.

ARM is the market leader in mobile chipsets due to its partnerships with the aforementioned chipset manufacturers, with Intel a distant second.

If you’re buying a smartphone, chances are you’ll be checking out something running on ARM. We’ve already explained everything about an ARM processor and how it differs from other processors in layman’s terms.

ARM pioneered the big.LITTLE ideology for processor cores, where chips have two quad-core processors (a cumulative eight cores). One set of quad-core processors delivers maximum performance, while the other set focuses on efficiency, particularly with battery and heat. Usually, these two sets operate independently, except in rare cases.

Most Android smartphones today ship with ARM-based chips, which are manufactured by the likes of Qualcomm, Samsung, Mediatek, NVIDIA, and several other companies.

Intel made enormous leaps in its mobile processor technology, quickly catching up to ARM-based devices. Manufacturers such as ASUS and Lenovo chose Intel as their primary chipset partner for Android handsets. However, you won’t find Intel chips on many phones now.

Intel manufactured an Atom-branded smartphone chip, but it wasn’t enough for smartphones because Intel used a quad-core ideology instead of ARM’s quad-core pairs (the big.LITTLE tech from the previous section). Chip manufacturing is more complicated with Intel since it also has a different line of processors for laptops, which are also used in 2-in-1 tablets. It cannot focus all of its development energy on a single architecture and must balance numerous types of devices.

So What Is an Octa-Core and Why Doesn’t It Matter?

Octa means eight, so the dual quad-core processor ideology of big.LITTLE is technically an octa-core processor too. However, that’s not how it’s marketed, for the simple fact that all eight cores aren’t running simultaneously.

This is why some manufacturers advertise “True octa-cores,” which is when all eight cores are processing at the same time.

However, the funny thing is that no application at the time of writing is coded to take advantage of that power, let alone the fact that most applications don’t need it. In fact, even the latest Android games run fine on a quad-core processor (provided it’s backed up by a good graphics processor) and don’t have any requirement for eight cores.

Not All Quad-Cores and Octa-Cores Are Equal

The Realme GT 2 Pro, Samsung Galaxy S22, Realme GT 2 Pro, RedMagic 7 Pro, and the next flagship phones from OnePlus and Oppo are the confirmed devices that utilize the latest Cortex-A series.

The Mediatek Helio G35 is a popular “octa-core” processor used in several budget Android phones like the Samsung Galaxy F22 and Xiaomi Redmi 9. It has eight ARM Cortex A53 cores running simultaneously, with a maximum CPU frequency of up to 2.3GHz.

On the other hand, you can find the Snapdragon 821, a “quad-core” processor, running in phones like the Oneplus 3T and Google Pixel. The surprising fact is that despite having only four cores, it still outperforms the Mediatek Helio G35 in several benchmarks.

There are countless other examples like this in the mobile world, along with the age-old debate of Snapdragon vs. Exynos vs. Mediatek vs. Tensor in the battle for the best smartphone chips.

How to Choose the Right Smartphone Processor

Processor architecture is a complex subject. Several factors go into making a good CPU for your phone, such as the manufacturing process. Furthermore, processors alone are also not indicative of actual device performance.

So the biggest takeaway here is not to look at terms like quad-core and octa-core to decide the best processor for you. Instead, overall device performance is what matters. Before you buy a phone, look for a review online; chances are you will find someone who has done a detailed performance check and even compared it to competitors.

How Marketing Deceives Us

The octa-core versus quad-core processors debate is a classic example of how companies use marketing to deceive customers. Simple numbers are easier to promote, and the customer is duped into caring about these numbers when they have minimal real-world effects on the device’s performance.

Above all, there are many different jargon manufacturers often use to convince you into buying their brand’s smartphone, such as 16GB RAM, or say 8K video recording, and much more.


6 Overhyped Features You Don’t Need in Your Smartphone Yet 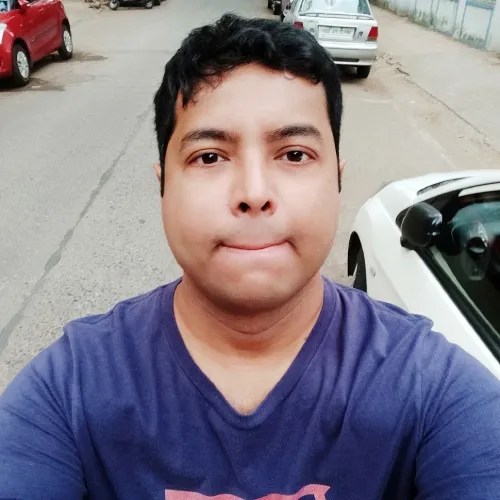 Mihir Patkar has been writing on technology and productivity for over 14 years at some of the top media publications across the world. He has an academic background in journalism.