It’s time to demystify that. Read on to learn about the difference between an Intel Core i5 and a Core i7, if a Core i3 is any good, and whether you should buy an Intel Core i9.

The Differences Between Core i7, Core i5, and Core i3

First, Core i7 does not mean a seven-core processor! These are just names to indicate relative performance.

Older Intel Core i3 series had only dual-core processors, but more recent generations have a mixture of dual- and quad-core CPUs.

It is a similar story for older Intel Core i5 CPUs. Older generations of Intel Core i5 processors had a mixture of dual- and quad-core processors, but the later generations typically feature a quad- or even hexa-core (six) configuration, along with faster overclock speeds than the Core i3. The latest i5 generation includes 10-core CPUs.

Quad-cores are usually better than dual-cores and hexa-cores better than quad-cores, and so on, but it isn’t always accurate depending on the CPU generation—more on these differences in a moment.

Intel releases “families” of chipsets, called generations. At the time of writing, Intel has launched its 12th-generation CPUs, named Alder Lake. Each family, in turn, has its own line of Core i3, Core i5, and Core i7 series of processors. The latest CPU generations have another tier above Core i7, the Intel Core i9.

The Intel Core i9 series is Intel’s extreme performance line. Most Core i9 CPUs are now 16-core beasts (doubling the octa-configuration of the previous generation) and come with a very high clock speed, enabling them to perform to a very high standard for prolonged periods. They may also come with a larger CPU memory cache than their counterparts, enabling faster overall performance.

However, with the 12th generation Intel Core, we now get different Performance and Efficiency cores.What this does is that the processor uses Performance Cores (P-Cores) for priority apps running in the foreground while the Efficiency Cores (E-Cores) are used for background tasks. For example, when you’re gaming, the P-Cores will handle your game while the E-Cores will work on background tasks, like your streaming app.Similarly, P-Cores are best used for single-thread and lightly-threaded tasks, like games and productivity apps, while it designates highly-threaded apps to the E-Cores. This ensures that your computer makes efficient use of the available processor power.

Now while this doesn’t make a huge amount of difference when you’re choosing between an i3, i5, or i7 CPU, each of these CPU types comes with a different Hybrid Core configuration.

How to Tell Which Intel CPU Generation Is Which?

You can spot which generation a processor belongs to by the first digits in its four or five-digit model name. For example, the Intel Core i7-11700K belongs to the 11th generation.

For a long time, a useful rule of thumb for Intel CPU model names was that the other three digits were Intel’s assessment of how the processor compares to others in its own line. For example, an Intel Core i3-8145U is superior to the Core i3-8109U because 145 is higher than 109.

That rule is still in place, but it isn’t always as easy to follow as it once was as there are several other product line modifiers you can find in the model number. However, “A higher SKU within otherwise-identical processor brands and generations will generally have more features,” as per Intel’s naming convention guide.

Furthermore, this change is another reason why comparing CPUs across generations using their model number alone is advisable, as Intel tweaks things.

What Intel’s Model Letter Suffixes Mean: U vs. HQ vs. H vs. K

As you can see, the model number will typically be followed by one or a combination of the following letters: U, Y, T, Q, H, G, and K. Here’s what they mean:

Understanding these letters and the numbering system above will help you know what a processor offers just by looking at the model number without needing to read the actual specifications.

The physical cores largely determine the speed of a processor. But with how modern CPUs work, you can get a boost in speed with virtual cores, activated through hyper-threading.

In short, you’ll have to check the individual CPU for its hyper-threading potential, as Intel appears to chop and change with each processor generation.

One thing is for sure: the fastest Core i9 series does support hyper-threading.

All of the latest Intel Core processors now support Turbo Boost frequencies. Previously, Intel Core i3 owners were left out in the dark, forced to suffer with their regular CPU speeds. However, as of the Intel Core i3-8130U, the CPU manufacturer began adding higher frequency modes to the entry-level CPU series.

Of course, Core i5, Core i7, and Core i9 CPUs all feature Turbo Boost, too.

Turbo Boost is Intel’s proprietary technology to intelligently increase a processor’s clock speed if the application demands it. So, for example, if you are playing a game and your system requires some extra horsepower, Turbo Boost will kick in to compensate.

Turbo Boost is useful for those who run resource-intensive software like video editors or video games, but it doesn’t have much of an effect if you’re just browsing the web and using Microsoft Office.

Apart from Hyper-Threading and Turbo Boost, the one other major difference in the Core lineup is Cache Size. The cache is the processor’s own memory and acts like its private RAM. Upgrading to a newer CPU with a larger memory cache is one of the upgrades that will benefit your PC the most.

Just like with RAM, more cache size is better. So if the processor is performing one task repeatedly, it will keep that task in its cache. If a processor can store more tasks in its private memory, it can do them faster if they come up again.

Ever since graphics were integrated into the processor chip, integrated graphics have become an important decision point in buying CPUs. But as with everything else, Intel has made the system a little confusing.

The best advice for how to interpret these? Just don’t. Instead, rely on Intel’s naming system. If the processor’s model ends with HK, you know it’s a model with high graphics performance and an unlocked CPU. If it ends with a G, that means there is a dedicated GPU, not one of Intel’s chips.

Generally speaking, here’s who each processor type is best for:

How Will You Choose Between Intel Core CPUs?

This article provides a basic guide for anyone looking to buy a new Intel processor but is confused between Core i3, i5, and i7. But even after understanding all this, when it’s time to decide, you might need to choose between two processors from different generations because they’re priced the same.

When you’re comparing, my best tip is to head to CPU Boss, where you can compare both processors and get a detailed analysis, as well as ratings. If you don’t understand the jargon, just go with the rating and the basic advice. Even if you understand CPU jargon, CPU Boss has all the details you’ll need.

Although the ultra-performance models in the Intel Core i9 range seem incredibly exciting (and they are!), they are a bit overkill for most users. Intel markets those at pro-gamers, designers, content creators, developers, and more, and for a good reason. Most of the time, a top-tier Intel Core i7 CPU will do the job and save you a fair whack of cash in the process.

However, each to their own, of course, and if you can afford an Intel Core i9 CPU for your gaming rig, buy it and enjoy the incredible experience. 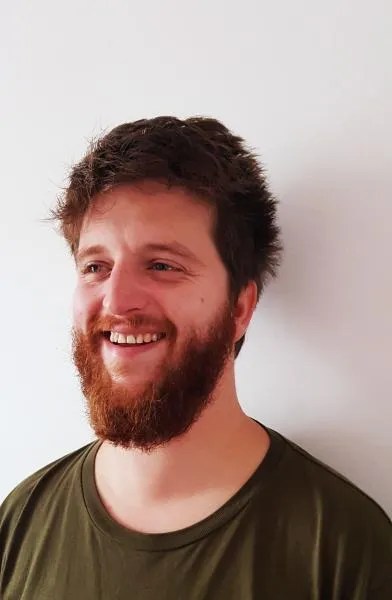