Star Trek: Strange New Worlds wastes no time when it comes to its premiere episode, which also bears the title “Strange New Worlds” Captain Christopher Pike (Anson Mount) and the crew of the U.S.S Enterprise are sent on a mission to rescue Una Chin-Riley (Rebecca Romijn) from the planet Kiley, where she and other Starfleet members are being held prisoner. But Pike is also struggling with the events of Star Trek: Discovery‘s second season, where he witnessed his own death while attempting to protect a group of Starfleet cadets. That future continues to haunt him — quite literally, as he often sees his burnt and mangled face on every reflective surface.

The vision has even shaken Pike to the point where he’s wary of getting back on the Enterprise. In the opening moments of “Strange New Worlds,” he’s sporting a beard and a haunted look. He’d also rather ride his horse through the snowy plains of Montana than step back on the bridge of his starship.

However, it’s his dedication to the crew and a visit from his friend Admiral Robert April (Adrian Holmes) that convinces him to push forward. “You don’t want me in command of that ship,” Pike tells April, who sees right through his fear. The fact that Pike has been forbidden by Starfleet from talking about his time captaining the U.S.S. Discovery, along with its disappearance, only adds to his state of mind. Witnessing a traumatic event and being forbidden to talk about it doesn’t bode well for one’s mental health.

RELATED: How to Watch ‘Star Trek: Strange New Worlds’: Where is the Spin-Off Streaming?

Pike does manage to rescue Una with the help of his science officer Spock (Ethan Peck) and new security officer La’an Noonien Singh (Christina Chong), but he learns that the threat is far from over: Kiley, after witnessing Discovery‘s disappearance, managed to weaponize warp technology in order to create a bomb. And with Kiley’s citizens split into two separate factions who can’t seem to agree on anything, it’s only a matter of time until the bomb causes untold destruction. Pike decides to beam down and show Kiley what happened to Earth, specifically the events that led to the Second American Civil War and left Earth in a state of ruin until the Federation of United Planets was created. He ultimately convinces the two parties to make peace and join Starfleet, changing Kiley’s fate in the process. Even though his actions violate what will soon become Starfleet’s Prime Directive, Pike doesn’t regret his actions — and after a conversation with Una, he seems to be at peace with whatever the future may hold.

Ironically, the concept of Strange New Worlds serves as meta-commentary on the concept of fate. Star Trek aficionados know that Pike was intentionally slated to be the hero of Star Trek: The Original Series, though CBS wasn’t a fan of “The Cage,” the original pilot that Star Trek creator Gene Roddenberry wrote and directed. Pike’s appearance in Discovery was well-received to the point where fans launched a petition to see more of his performance, which led to Paramount+ greenlighting Strange New Worlds. Once fated to be a footnote in Star Trek history, Pike is now its latest hero, showing that characters’ fates don’t always have to be set in stone.

The first episode of Star Trek: Strange New Worlds is available to stream on Paramount+, with new episodes premiering every Thursday. 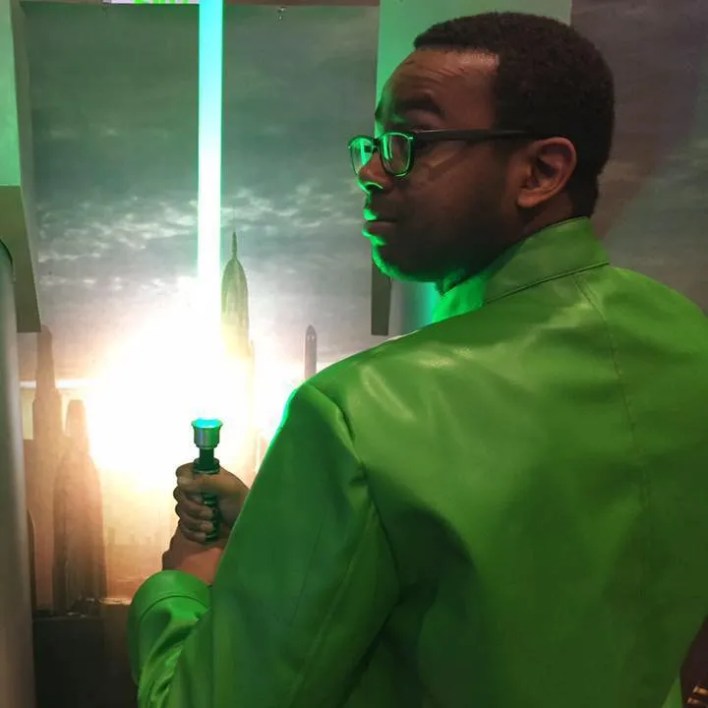 Collier is a contributor to Collider. He also writes for /Film and But Why Tho? A Geek Community. In his spare time, he likes to read comics, play card games, and even write his own scripts. He has approximate knowledge of many things, all of them related to various forms of pop culture.