In one of the final scenes of Richard Linklater’s breakthrough hit Dazed and Confused, Matthew McConaughey’s now-iconic sagacious stoner Wooderson confronts the film’s central figure, Randall “Pink” Floyd (Jason London), about the compromises he must make to join the high school football team. After reading the conduct pledge aloud to Randall and their group of friends while the group relaxes and smokes after a long night of partying, Wooderson directly and playfully expresses the motto for his own life, which also serves as the thesis for Linklater’s filmography — “The older you get, the more rules they get you to follow. You just gotta keep livin’, man! L-I-V-I-N.”

Throughout his varied career of hangout movies and character studies, director Richard Linklater has proven himself to be one of the foremost observers of the meaningfulness of the mundane, focusing on the importance of “livin’” and savoring the simplicity of life’s effortless trajectory. From celebrating the last day of school in Dazed and Confused to the sprawling ode to everyday existence in Boyhood, Linklater allows his films to linger on the local textures of growing up and discovering oneself. In order to maximize the cultural impact of the localization of his films, Linklater wisely anchors much of his filmography in the cities and suburbs of Texas where he grew up, reframing personal nostalgia as a cinematic catalyst for cathartically confronting collective memories. From the aforementioned Dazed and Confused and Boyhood to the playfully eclectic anthology film Slacker and the recently released semi-autobiographical animated hangout film Apollo 10 ½, the power of Linklater’s small-town Texas perspective functions within his focus on the mundane as a microcosmic representation of the joys of coming-of-age, privileging small and intimate events over large life-altering changes.

RELATED: Richard Linklater on ‘Apollo 10½: A Space Age Childhood,’ the Status of a ‘Before Midnight’ Sequel, and Future Projects [Exclusive]

Perhaps the smallest and most formally inventive film to fall into his body of coming-of-age films, Linklater’s second feature Slacker presents a single day in Austin, Texas as a disjointed meditation on interpersonal connectivity and communal conspiracy in an early digital world. Interweaving conversations about the JFK assassination and whether or not Elvis Presley actually died alongside vignettes concerning a local punk band’s concert and a woman selling one of Madonna’s medical procedures, Slacker remains a fresh and unpredictable meandering through the intricacies of the young members of the grunge and slacker communities of the early 1990s. Even as many of the individual stories remain wildly unrelatable at face value, the ruminations on sociocultural mores and doubts about the American political establishment as well as the lively conversations regarding conspiracy theories in pop culture coalesce into an equally entertaining and empathetic vision of young people seeking love, friendship, and community without compromising their personality quirks. In a particularly inspired formal flourish, Linklater interrupts the gloriously grainy 16mm format with a couple of minutes of Pixelvision filmmaking at the local grunge concert near the film’s conclusion, evoking an intrusion of home video-style filmmaking in the midst of the anthology format. By relaying an individual’s experience of seeing friends and listening to music at a concert through a grainy, lo-fi personal camera, Linklater emphasizes the film’s role as a reflection of lived experience within the early nineties’ music scene in Austin, aligning the audience with the on-screen slackers through an inventive expression of homemade filmmaking.

Although Dazed and Confused lacks the overt formal inventiveness of the anthology format and the multiple cinematographic styles of Slacker, the hangout masterpiece about the last day of school in 1976 surpasses Linklater’s earlier efforts in terms of empathetic alignment with the ensemble cast. While the film initially centralizes figures like Randall “Pink” Floyd and Mitch Kramer (Wiley Wiggins) as emotional entry points into the film’s eclectic cast of characters, Linklater brilliantly zooms out to allow audience members to find themselves within the narrative, establishing the film as an endlessly rewatchable experience of cathartic maturation. Whether an audience member finds sympathy for the jocks or the stoners or any other clique in the high school crowd, Linklater provides enough directorial scope and narrative space for emotional engagement with any corner of the adolescent crowd. Furthermore, by spatializing the celebratory end of the school year within pool halls and drive-in restaurants as well as party spots under Austin’s iconic moonlight towers, Dazed and Confused invites the audience into the lived-in space of self-discovery and self-reflection throughout which the characters flow through their adolescence and grow into their adulthood. In addition to the visual and narrative delights of the Texas-based adolescent experience in Dazed and Confused, few soundtracks have surpassed the nostalgic power and decade-defining prowess of the film’s musical interpretation of the mid-1970s. From the Aerosmith needle drop in the opening sequence to the boom of Foghat’s “Slow Ride” as the credits roll, every song is a bonafide rock classic, creating a multilayered embodiment of the decade’s joyous audiovisual culture.

In one of the most ambitious career moves in contemporary cinema, Linklater’s choice to film Boyhood over twelve years with the same cast beautifully captures the filmmaker’s focus on everyday life as a natural progression of small changes rather than a forced projection of massive milestones. By inviting us into brief snippets of lived experiences over more than a decade of time, audiences witness the real-time aging and maturation of everyone onscreen, particularly protagonist Mason (Ellar Coltrane) and his sister Samantha, who was portrayed by Linklater’s own daughter Lorelei; however, by showcasing the aging parents, portrayed by Patricia Arquette and Ethan Hawke, alongside the growing teenagers, Linklater visualizes the familial toll of coming of age, complete with palpable parental fears and fully-realized adolescent angst. In a manner similar to the soundtrack in Dazed and Confused, Linklater sprinkles cultural touchstones seamlessly throughout the narrative, including the midnight release of a Harry Potter book and a mid-2000s Houston Astros game, which emboldens the film through specific social wrinkles of early twenty-first century Americana. Equally mournful in its investigation of familial change and hopeful in its real-time experience of aging and personal development, Boyhood continues to mobilize the nostalgia of smalltown Texas life as a microcosm of collective coming-of-age experiences without compromising the regional and temporal specifics.

Even as the previous films have indirectly engaged with Linklater’s own memories of growing up in Texas, the director’s latest release Apollo 10 ½: A Space Age Childhood seems to be the most direct unraveling of the memories and dreams from his youth. By opening the film with a fantasy sequence of Stanley (Milo Coy), the stand-in for Linklater himself, being recruited for the lunar mission in the late 1960s, the director plays off of his childhood dreams of space travel in conjunction with the midcentury collective dream for galactic exploration. Through his encapsulation of a collective American dream within the framework of his own childhood in Houston, Texas, Linklater subtly and sweetly unravels the triumph of imagination through the animated retelling of his own experiences of 1969. While Apollo 10 ½ has the potential to quickly descend into self-indulgence, Linklater’s use of rotoscope animation decenters the narrative from his personal experiences to enrapture the film in an aesthetic of child-like dreaming, envisioning the act of growing up as a hopeful trajectory of reckoning with one’s desires and dreams. While films like Slacker and Dazed and Confused established the textures of Texas adolescence that would permeate the director’s filmography and Boyhood extended individual memory-making and maturation into a collective consciousness, Apollo 10 ½ boldly delivers on the promise of rendering cultural memories as personal milestones, glorifying the mundane “livin’” as an experience of equal importance to the Moon Landing.

10 Actors Who Called It Quits After One Movie 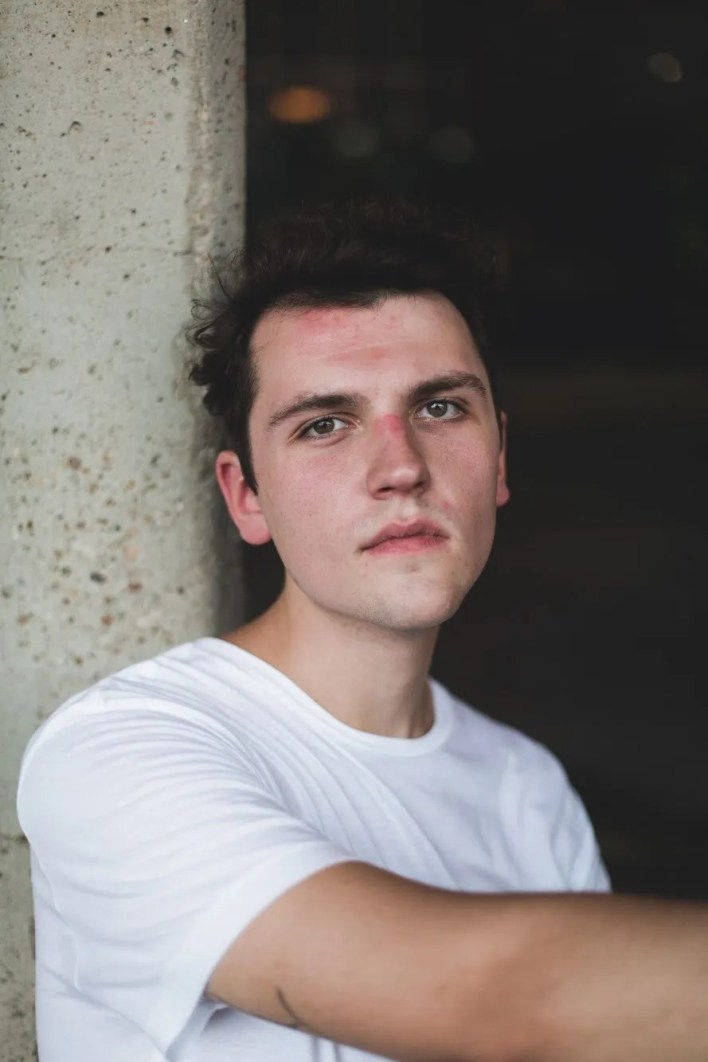 I am Benjamin Crabtree, and I am a Feature Writer for Collider. I am also the creator of CrabtreeCinema.com and cohost of the upcoming Celluloid Noise Podcast. Beyond writing and talking about cinema, I love curating mini film festivals of cult favorites for friends and family, collecting the latest releases from the Criterion Collection and Arrow Video, and drinking too much coffee.