When you first watched the trailer for The Witch, you were probably taken aback by an instantly unforgettable raspy voice that could be heard throughout this piece of advertising. There was an immediate sense of authority in this voice’s cadence, while the distinctiveness of his low rumble immediately made it further stand out. Who did those pipes belong to? The curiosity over those vocals would only grow stronger when moviegoers saw the entirety of The Witch and realized that voice belonged to Ralph Ineson. A longtime character actor in European cinema, Ineson had been in notable projects before, including scoring a small role in the last three Harry Potter movies. But The Witch catapulted Ineson to a new level of notoriety, one that’s allowed him to constantly remind us all that he’s one of the best modern character actors out there.

What makes Ralph Ineson so special as a character actor? Well, for starters, there’s his commanding stature. No need for tilted camera angles or off-screen apple crates to make this guy look intimidating. Standing at 6’3, Ineson is immediately recognizable as someone who could tower over any human being in Hollywood that isn’t Nicholas Braun. While a genial fellow in interviews, whenever Ineson walks onto the screen in movies like The Ballad of Buster Scruggs and The Green Knight as someone that you should take very very seriously. That kind of physicality doesn’t come along every day, but Ineson can channel it effortlessly with his overwhelming physique.

RELATED: Every A24 Horror Movie Ranked From Worst to Best

Similarly imposing are the man’s vocals. Hailing from the United Kingdom, Ineson speaks in a voice that’s impressively resistant to being crammed into a box. It’s deep, but not necessarily booming. It commands authority, but he can conjure up a raggedness that suggests these pipes still belong to a flesh-and-blood human. These paradoxical elements combine to ensure that Ineson’s voice stands out instantly. He only has to say a few words in even the smallest roles for him to be immediately identifiable, but not to the point of overwhelming the project he’s in.

One can especially appreciate the complex and even contradictory qualities of his vocals in performances that rely heavily on that facet of his being. His performance as the titular character of The Green Knight, for instance, see’s Ineson covered head-to-toe in makeup, with his voice registering as an identifiably human feature of this fantastical being. Whenever this organism talks, you can hear years of weariness, as if he’s burdened with the knowledge that normal humans could never understand. Even his recurring role in The Dark Crystal: Age of Resistance as the fearsome Skeksis known as The Hunter proves ample opportunity for Ineson to chew the scenery and demonstrate all the personality he can inject into his vocals.

Ineson’s virtues as a character actor also stem from his willingness to appear in a wide variety of projects and lend a consistent level of commitment to whatever roles he’s been assigned. Ineson broke through as a performer of note on the Robert Eggers horror title The Witch and has since shown up in further works from both Eggers and A24, such as The Northman and The Tragedy of Macbeth. However, his presence and gifts as an actor aren’t limited to just arthouse fare. He’s also managed to show up in titles like the bubbly musical Everybody’s Talking About Jamie, the action film Gunpowder Milkshake, and even scored small roles in blockbusters like Ready Player One and Dolittle.

Appearing in such an eclectic collection of movies alone makes Ineson a fascinating actor to keep tabs on. However, the fact that he lends the majority of these performances the same level of gusto he delivered in The Witch makes this variety especially compelling. His work as Wayne in Jamie is particularly intriguing, as here he’s assigned to play the father to the titular lead protagonist, a man who’s ashamed of his son’s sexuality and flamboyance. Though Wayne is an antagonistic figure in the story of Jamie, Ineson smartly makes sure he doesn’t come as a caricature.

There are glimmers of humanity in his on-screen work that don’t make you excuse his behavior, btu at least understand the psychology behind why he felt so isolated in his own household that he chose to cut his son out of his life. When Ineson shows up as an adversarial being in a musical like Jamie, he doesn’t just sleepwalk through it as a cardboard cutout foe, he brings real life to the proceedings. Meanwhile, his performance as the primary villain of the trashy B-movie The Hurricane Heist is one of the few turns in that film that realizes what this kind of production needs. Ineson is the rare actor here to play things seriously and with 110% conviction, which just makes his ridiculous dialogue all the more enjoyable to swallow. No matter where you find him, Ineson is bound to deliver something memorable.

Perhaps most importantly about Ineson, though, is that he doesn’t need to be onscreen for an extensive amount of time to leave an impact on the viewer. Take his role in The Tragedy of Macbeth as The Captain, for example, which is limited to the opening scene of the film. Through his tormented and weary line deliveries, one immediately gets the sense of just how messed up and brutalized the world of this William Shakespeare adaptation is. He vanishes after a few minutes, never to be seen again, but he doesn’t have to come back on. Ineson worked his magic once again, this time helping to establish an ominous mood that a tragic story can flourish in.

While he may have first gotten onto many people’s radars with The Witch, Ralph Ineson’s many gifts as a performer make it clear that he’s so much more than just his work in one acclaimed horror film. Wherever or however he shows up in movies, Ralph Ineson’s presence is always a treat for a multitude of reasons, including through basic elements of his being like his height and voice. Whether he’s appearing in The Hurricane Heist or The Tragedy of Macbeth, you can bet on Ineson bringing his A-game, a gift that makes it no wonder he’s become one of the best character actors in modern cinema. 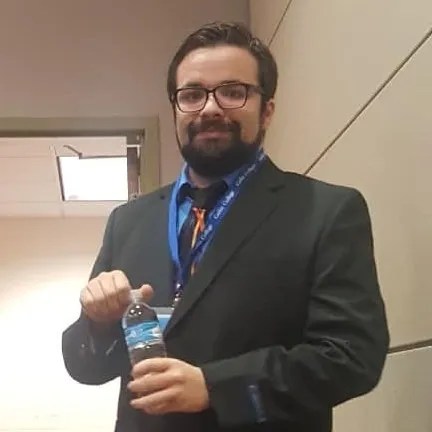 Douglas Laman is a life-long movie fan, writer and Rotten Tomatoes approved critic whose writing has been published in outlets like The Mary Sue, Fangoria, The Spool, and ScarleTeen. Residing both on the Autism spectrum and in Texas, Doug adores pugs, showtunes, the Wes Anderson movie Fantastic Mr. Fox, and any music by Carly Rae Jepsen.

Bill Skarsgård's 'The Crow' Reboot Heads to Market at Cannes