As a genre, Surrealism has always dipped into an unnerving, illogical, imaginative territory that acts as an extension of one’s subconscious. Peeling back the layers of Surrealist media reveals that amid the disarray lies a conscious effort to surprise, challenge, and revolt against regulated thought. As an inherently revolutionary movement, resistance is essential to every facet of Surrealist media; whether it be form, content, or ideology. Entering the “super-reality” as André Breton explains, allows for a reconciliation of contradictions via experimental, artistic expression. Rational thought has no place in this super-reality because even our world itself is filled with irrationality. Reality is subject to change, and Surrealist masters know how to construct and subvert how we imagine and perceive our world. In the West, David Lynch is considered the archetypical Surrealist filmmaker, alongside the likes of David Cronenberg due to their experimental and often philosophical style. However, by looking at international film movements, both past and present, audiences can find an array of revolutionary, Surrealist works unbound by convention.

RELATED: Give the People What They Want: 10 Directors That Are Due For a New Movie

Věra Chytilová’s Daisies is a Surrealist masterpiece as it discards traditional cinematic concepts by mutilating, satirizing, and over-indulging in the very practice of filmmaking. Daisies exists almost like a strange, dissident dream, a zealous leap in Breton’s “super-reality”. But within the disarray of Daisies’ lies a work of keen resistance, which employs chaotic sensibilities to criticize uniformity and rationalized thinking. Produced in 1966, Chytilová’s film is antithetical to the context it was produced in, as a critique of the totalitarian Czechoslovakian communist regime. As a Cold War-era satire, it examines the division between Capitalist and Socialist ideologies, not unlike Stanley Kubrick‘s Dr. Strangelove. Created in such a politically repressive regime it remains surprising that Daisies managed to be released at all. However, it faced significant censorship by the communist government and in 1967 was pulled from all major Czechoslovakian cinemas for “depicting the wanton”. The “wanton” nature of Daisies refers to the decadence and gluttony exhibited in both its content and chaotic style. Strict governance is ruthlessly mocked amid a dizzying arraying of unconventional cinematography, nonsensical dialogue, and two absolutely chaotic protagonists.

Daisies portrays two young women known simply as “Marie I” (Ivana Karbanová) and “Marie II” (Jitka Cerhová) in the loosest sense, as they giggle, torment their compatriots, and stuff themselves silly. The two appear as childlike figures and declare from the onset that since the whole world is spoiled, they will be spoiled as well. True to the world, they do spoil themselves and those they interact with, gorging themselves on decadent banquets, drunkenly upstaging professional showmen, and messing with their romantic interests for the very hell of it. Nothing they do seems to follow a rational course of action and their actions aren’t constrained by realistic measures, including physical, emotional, and financial ones.

Instead, the two Maries are content with philosophizing about their existence while soaking in a bathtub filled with milk. Chytilová backdrops her deep discussions against a cluttered, poster-filled apartment, while the two women lap at the bath milk and chew decadently on bits of bread. “How do you know you exist?” asks Marie I, to which Marie II replies, “Because of you!” Here Chytilová plays with a series of contradictions where seemingly simplistic thoughts become intertwined with irrational actions and settings. Nothing makes sense in the world of Daisies and yet within the chaos are rather thought-provoking conversations.

Food remains a core feature of Daisies and considering its symbolic nature when it comes to both the condemnation and glorification of Communist regimes, it forms an essential part of Chytilová’s criticism. The two Maries are constantly eating, regardless of expected manners, and food remains their most important concern. In indulging in food, the two evoke a Bourgeoisie ideal and was likely one of the reasons Daisies was censored by the Czechoslovakian government. Early on in the film, the two dance around a color-filled peach tree that stands out amid a sea of washed-out daisy beds. One might consider it a dance of worship, akin to an archaic nature rite or perhaps a nod to the apple of original sin. The film seamlessly transitions to the next scene, as the two walk from the field straight into their apartment room, before Marie I tackles Marie II and demands that she spit out her peach. Later, Marie II interrupts Marie I’s date with an older man, and the two mock his romantic intentions all the while slurping and gouging down on various treats. “I love food,” Marie II declares, “It’s delicious.”

Arguably, the central scene of the film is the food fight between the two sisters, a deliciously wasteful, sloppy affair that sees the two Maries throw tiered, fruit-covered cakes at one another and carelessly destroy rows of expensive alcohol. The “wanton” nature of the two women is in full force as Marie II declares the scene a fashion show. The two strip down to the undergarments and wall across the banquet in their high heels, kicking off chunks of food and glassware while twisting to an archetypal 60s tune. The scene ends as nonsensically as any other, with the two girls swinging off an egregiously large, crystal chandelier until falling into deep, open water. Realistic filmmaking is abandoned for an excessive, gluttonous take on mischief that contradicts the repressive and supposedly temperate nature of the Czechoslovakian regime.

Chytilová’s chaotic style is a fundamental part of her cinematic and ideological resistance. The film seemingly arbitrarily shifts from a shadowy, black-and-white color scheme to a vibrant, technicolor one. The opening scene of the film appears as a throwback to earlier expressionist movements, with the black-and-white color scheme backdropping the two girls as they robotically move like marionettes. This scene is bizarrely interspersed with creaking sounds and real-life footage of a building collapse without any explanation. Chytilová’s blend of reality with the “super-reality” illustrates her own version of Surrealism, one that subverts even its loose rules. Monochromatic color schemes return and disappear without any warning and are usually exhibited when the girls are performing some of their most chaotic pranks. As the two Maries enter a 1920s-style nightclub, the scene remains monochromatic while tinted shades shift from blue, to red, to grey, with their sporadic, fervorous dancing acting as a clear homage to the excessive, expressionist films of the Silent Era.

In contrast, Chytilová utilizes technicolor when seeking to emphasize the debauchery of certain moments, such as the colorful array of banquet dishes during the food fight. Pale pink and yellow shades highlight the youth and innocence of the two girls, as they frivolously lounge around in silky nightgowns while threading their rolled hair with soft daisies. At other times, Chytilová experiments with filters, blurring a kaleidoscope of both bright and sepia-tone colors to appear akin to archaic footage of the early 20th century. Another key scene has the very frames fractured and incised by black shapes and lines, reflective of the girls’ decision to cut each other up with scissors. Despite her chaotic sense of filmmaking, Chytilová’s directing style is actually a celebration of the history of filmmaking that coalesces various tropes and techniques.

Chytilová’s Daises remains unbound by convention and cleverly resists against uniformity by lacking any perceivable cohesion. While the Czechoslovakian regime repressed ideological differences, Chytilová married a series of contradictions to express her discontent. Her style, content, and characters are all indicative of the concerns of Surrealism and remain revolutionary to this day. Few directors have as brazenly thrown out the rule book as Chytilová has and is through this disregard for all convention that Daisies succeeds in expressing the purest form of artistic intent. 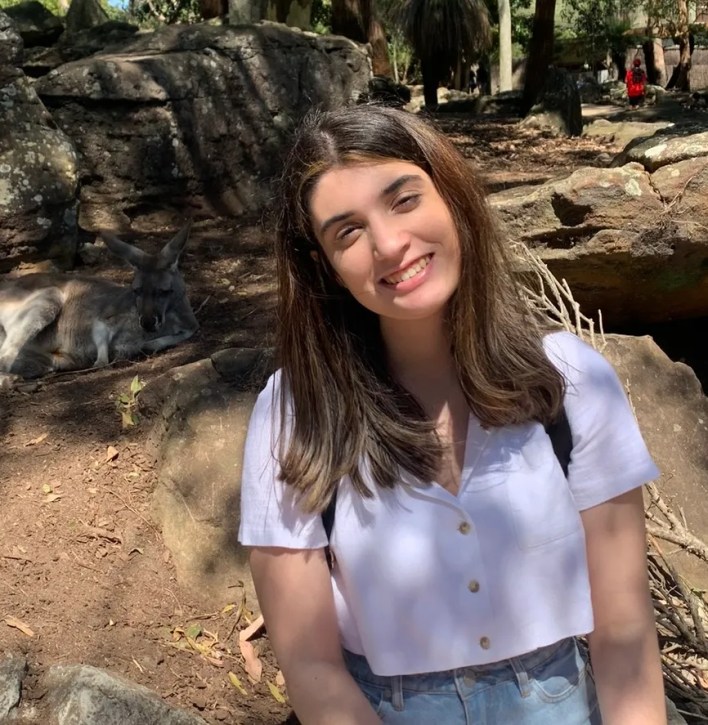 Violetta Katsaris a Sydney-based TV/Film Feature at Collider. She is a big fan of Feminist sci-fi/horror films and is always on the lookout for any new recommendations. She could go on for days about the thematic connections between Perfect Blue and Black Swan.