One of the many movies to debut world premiere footage at this year’s CinemaCon was director Nicholas Stoller’s rom-com Bros. Starring Billy Eichner—who co-wrote the film with Stoller—Bros. is the first rom-com about gay men ever produced by a major studio (Universal), and it looks excellent.

Bros. is described as a “smart, swoony and heartfelt comedy about two gay men maybe, possibly, probably, stumbling towards love. Maybe. They’re both very busy.” The entire cast of Bros. will be comprised of LGBTQ+ actors, meaning that even the film’s heterosexual characters will be played by queer actors.

But all of this doesn’t matter if the movie isn’t good. Thankfully, the trailer that played at CinemaCon had the entire audience laughing and didn’t shy away from showing a sex scene. While I’m not sure when the trailer will be released, I’m confident after you see it, you’ll agree the film looks like it has a lot of promise.

Shortly before Billy Eichner was given his award for Comedy Star of the Year, I got to speak with him backstage about Bros. He talked about how the project happened, working with Stoller, what they learned while test screening the movie, and why it was important to not shy away from the sex scenes. Check out what we had to say in the player above, or you can read our conversation below.

COLLIDER: So I loved your trailer. When are fans going to be able to see it?

BILLY EICHNER: The trailer is coming soon. I can’t say when. We’re going to unleash the Bros trailer soon. They would kill me if I told you what day, so I can’t. But very soon. And I’m very excited for people to see it.

RELATED: Billy Eichner to Write, Star in Gay Rom-Com ‘Bros’ — The First Ever From a Major Studio

EICHNER: He is. And my co-writer.

Can you talk a little bit about why Nicholas was the right person to helm the film?

EICHNER: In September of 2017, Nicholas Stoller came to me. We’d worked together before, and he said, “I want my next movie to be a rom-com. I love rom-coms. But I want to make one about a gay couple.” But he said, “I’m not gay,” because he’s very straight. “So do you want to write it with me? And you can star in it, and I’ll direct it.”

And no one has ever asked me to write a movie or star in a movie or anything like that. So, I just said “Yes,” knowing it was a huge opportunity, but having no idea what the movie would be about or whether I could pull it off. I’m very grateful to Nick for believing in me. I think there was something about him being straight and me being gay that I think ended up being the right alchemy to tell this story in a way that would be authentic to gay people, but also relatable to everyone.

Many films change in the editing room. What did you guys learn when you were test screening that maybe impacted the finished film?

EICHNER: What did we learn when we were test screening? Well, Nick and I love jokes. It was very important to us to do a comedy that made people consistently laugh out loud. I think it’s been a really long time since people went to a movie theater and just laughed a lot. We get a lot of things sold to us on streamers that are supposed to be comedies, but they didn’t remind me of the comedies of our youth and the rom-coms of my youth. Like When Harry Met Sally… and Moonstruck, and Tootsie and Annie Hall, and Broadcast News and all these movies that were rom-coms but held themselves to a very high standard.

I’m not saying we met that level with Bros, because those are classic movies, and I’m not saying that. But we tried to hold ourselves to that standard. But what we realized during the test screening is that although people’s main reaction was that, “oh wow, it’s really funny,” people were surprisingly moved by the film. And I think that has something to do with the fact that there just haven’t been many movies, especially many comedies, many romantic comedies that centered around a gay couple. So it’s new for straight people, and it’s new for gay people. There’s something about that, and I think really hits people. I’ve been surprised, delighted, but surprised by how moved people are in addition to laughing more.

One of the things that I found really refreshing in the trailer was that you’re not shying away from showing sex.

And can you talk about that? Making sure you wanted to actually include that?

EICHNER: Yeah, it was important to me. It’s a part of life, you know? It’s a part of dating. For straight people, for gay people, for bi people, for everyone. And we’re making a romantic comedy. Sex is romantic and it’s also really funny. We take sex very seriously. But sex can be really funny. And how can you do a story about two people falling for each other and not deal with sex? There’s so much to mind from that. Also, I will say, gay people, gay men, we just haven’t had many stories where sex was funny and romantic, without it being something dirty. It’s like we’ve either had two-dimensional sitcom characters who talked about sex, but in a very cartoonish way that didn’t feel real. Or we have porn, you know? There’s nothing in between that feels human and real.

So, it was important for us to include that. And I think it’s the authenticity of the movie that’s making everyone, straight people, gay people really come alive when they see it and really be thrilled by it. And they think it’s funny, too. There was one straight guy at a test screening who loved the movie. He was like, “Yeah, the sex scenes were like Jackass. They made me a little uncomfortable, but it was so funny. I didn’t care.” And I was like, great, I’ll take it. 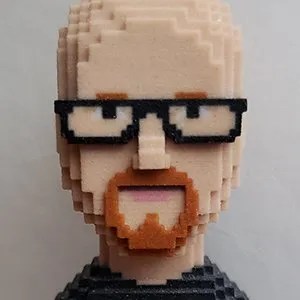 Steven Weintraub launched Collider in the summer of 2005. As Editor-in-chief, he has taken the site from a small bedroom operation to having millions of readers around the world. If you’d like to follow Steven on Twitter or Instagram, you can expect plenty of breaking news, exclusive interviews, and pictures of cats doing stupid things.

How to Use Activity Cards on Your PlayStation 5